Lyn and I recently went on a trip to Tucson, Phoenix and Las Vegas. I was literally stunned by the beauty of their highways in all three towns. Every over pass was painted with Indian and south west designs. Fences along the high ways were painted as well. The tapered sections leading up to the over passes were done with designs out of colored rock and some had huge metal sculptures in them. Not some, but all of them. Even water retention ponds had beautiful fences around them. I didn't get pictures but cell phone antennas in Las Vegas were made into artistic trees. Some in Phoenix were big artistic sculptures. El Paso high ways were decorated as well but not nearly as nice as in the other states. The Texas Highway Dept. sure could stand to take some lessons from these states when it comes to highway beautification. These pictures are not the greatest as I was driving and taking pictures. 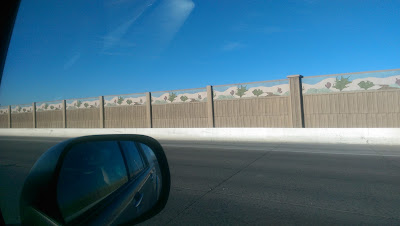 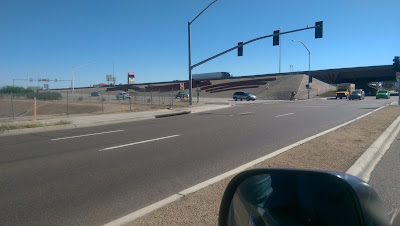 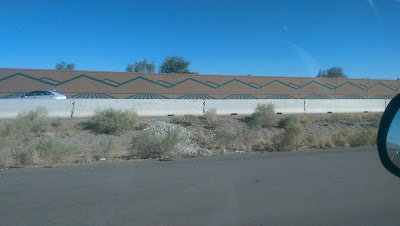 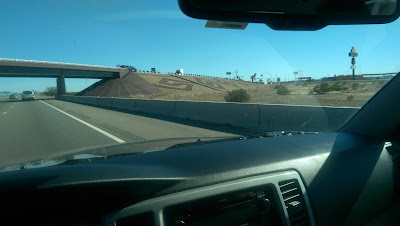 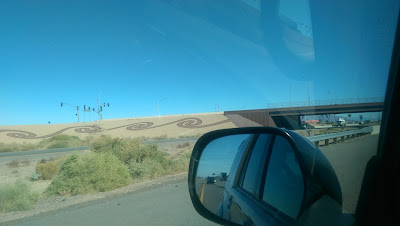 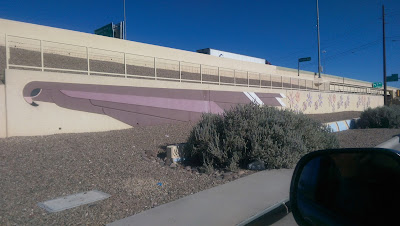 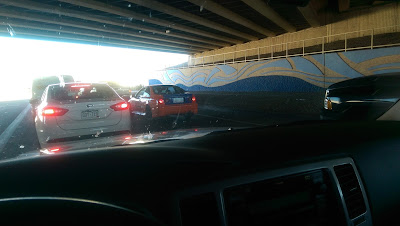 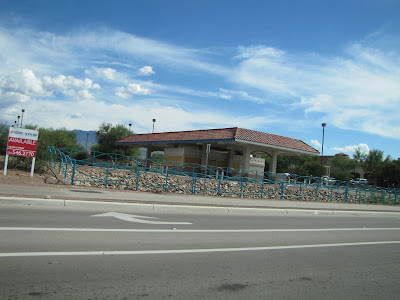 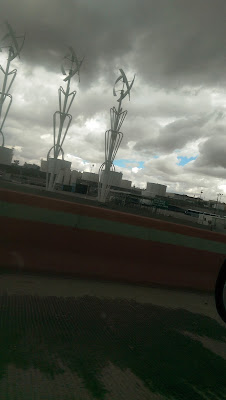 I agree we need more of this.

I agree. As we drove from the Phoenix airport yesterday I said exactly the same thing to our son. In fact I say the same thing every time we come to visit. I love their highway decor. And they do have the best Botanic Garden too. Heading there today.

It was our first wedding anniversary and John and I decided to travel the famous Highway 101 in California. We had never been to California before so we researched the trip thoroughly.