Metal worker by trade and gardener by hobby, it's nice for me when the two come together. It seems metal just goes well in the garden, the lawn or the patio. I always consider myself lucky when I get those kinds of jobs because I just enjoy it more and maybe because I have an artistic yearning to satisfy. While a gardener can get a lot of metal work from nurseries, it is usually cheap, poorly made stuff from Mexico or China. Some people have their own ideas of what they want and need to have it custom built. I've gotten to do a couple of jobs like that recently and both of the customers were great gardeners as well.


One was just a simple arch over a gateway. The house is just a beautiful old ranch house that has been restored. The lady that lives there was raised in the house but has only been living back there now for a few years. 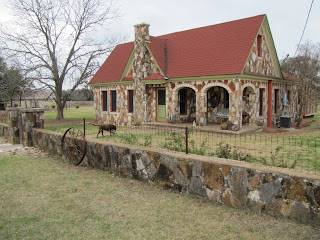 She plans on having vining roses climb up and over the archway. It should look just stunning. 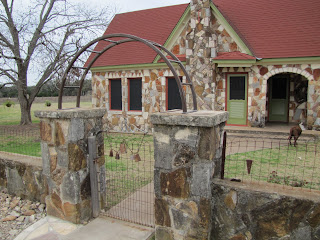 There are flower beds behind the snort rock wall all the way around the yard with roses staggered through them. 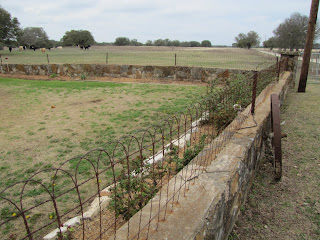 She showed me pictures of them from last summer and it was gorgeous. This was in early March and I have an invite to go back and see them all in bloom. Can't wait.
The next job was a gate for a deck. The lady that lives there has beautiful gardens as well as plants in pots just every where. She was worried about accidentally falling down the stairs while tending her potted plants on the deck. There really wasn't that much room to move around on that part of the deck. She is in my native plant club and had seen another gate I had built for some one in the club and wanted hers to be similar.
The gate turned out just like she wanted it and should fit it's function well. 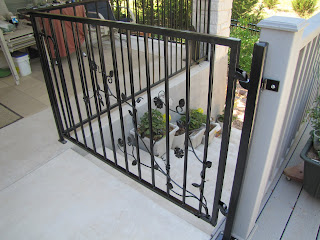 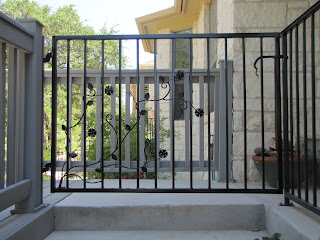 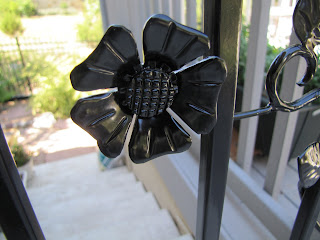 After installing the gate, I was privy to a stroll through her gardens, and lovely gardens they were.While it was not a mature garden, as she has only lived here two years, it was still beautiful. 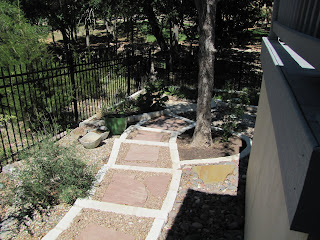 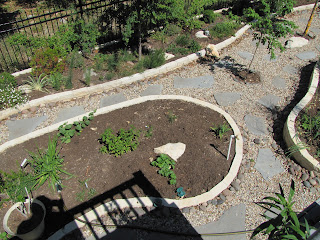 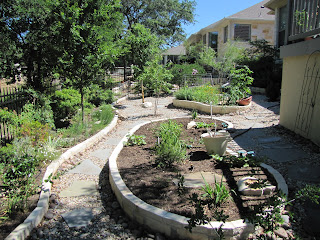 She has a stunning Peggy Martin rose that sprawls along her fence. You can see the first pink blooms, a promise of the explosion that is about to come. I must have one. 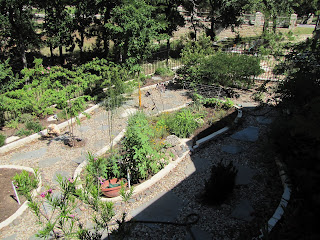 There is still some grass in the front yard but it is short lived. The crew to remove it was arriving as I was leaving. 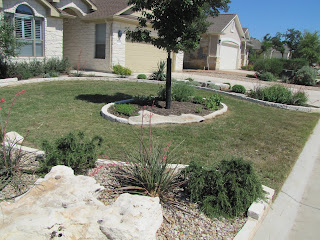 I like leaving little surprises when I do these kinds of jobs. I left a grasshopper at the first house and a lady bug at the last. Both ladies found them within a few days and called to say what a nice surprise it was. 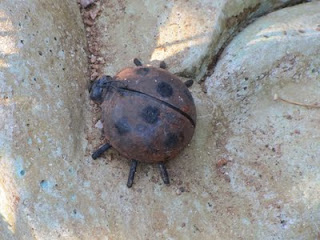 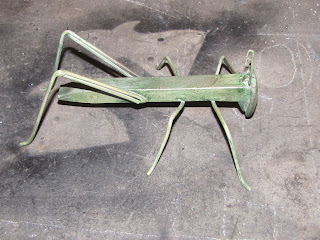 I haven't posted in a while. The gardening just about came to a stand still. Lyn fell and broke her arm....bad. 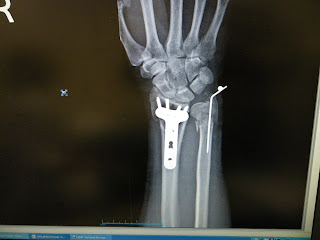 A few days afterwards, her left leg started to give her some intense pain as well. After an MRI, it was discovered she has five bulging discs as well. I've had to do a lot more than normal around here. I didn't realize how much she takes care of until I had to start doing a lot of it. That and going to a lot of doctors has put the gardening on the back burners, but I'm getting back to it now.
Posted by Bob at 7:55 PM 9 comments: