An internet friend in northern California sent me several ounces of poppy seeds last year. In the fall I mentioned to Lyn that she might want to sprinkle a few seeds around through the gardens. It is now obvious that my idea of a few and her idea of a few is drastically different. I started noticing little poppies here and there and then there and there and over there. We have about a hundred more then I wanted but she wants them all to bloom and I think they just might have.

First there were the flat bloomed, red ones with the petals that look like they are made out of crepe paper. 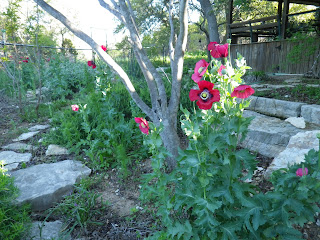 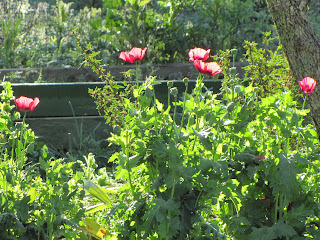 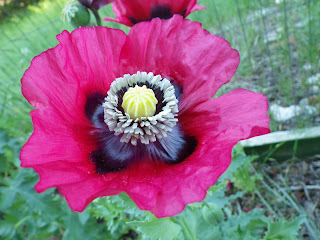 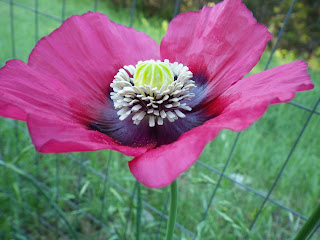 There were a lot of poppies that were lagging behind in the whole bloom opening thing. A few of those started to open and they had big, pink, puff ball blooms that had the shredded looking petals. 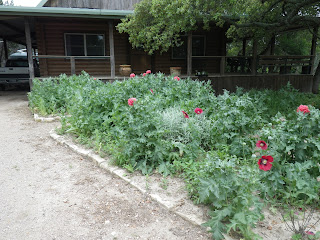 More blooms appeared and more and more until we have this. 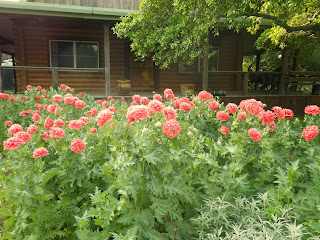 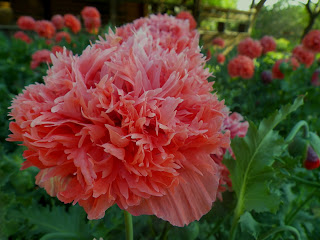 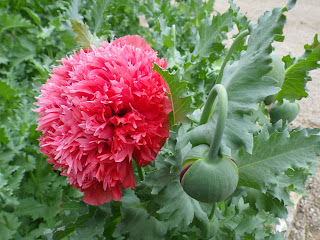 That ground may be filled up rather quickly as I have built another gate for Hill Country Natives nursery in Leander and took out the whole price of the gate in trade for plants. They are carrying fruit trees now and he is about to get in a bunch of new natives that are natives from other states that are supposed to do well here. These are plants that are not in any nurseries around here and I am very excited to see them. I can replace the seven fruit trees that I lost last summer as well. It's a lot of plants but it is a hell of a fine looking gate. Here's a picture of it in the shop. They liked it a lot. 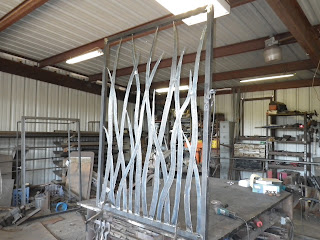