Well, it's been warm enough for a few days and gardeners need to stay alert while pulling weeds and planting new plants. It's official at my house, the snakes are out. Lyn found the first one of the year. She called earlier today to say there was a large Coral snake by one of the ponds. I told her to catch it so I could get some pictures. She scooped it into a bucket. For a Coral snake it was a pretty big one, around 26" long. The largest one I've ever seen or heard of was one my younger brother David and I caught when we were kids. It was 36" long. I've never seen one even close to that long since then.


This Coral snake has been around the ponds for years now. So, after taking some pictures I turned him loose. They are really not all that dangerous as they have such a small mouth and are very tame and easy going. I really don't know what you would have to do to get one to bite you. Plus, with that color, they are as pretty as any flower I've ever grown. In my opinion, a good thing for the gardens at Draco. Now say it with me, "Red and yellow, kill a fellow, red and black, poison lack." 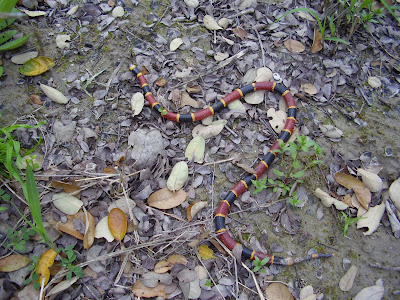 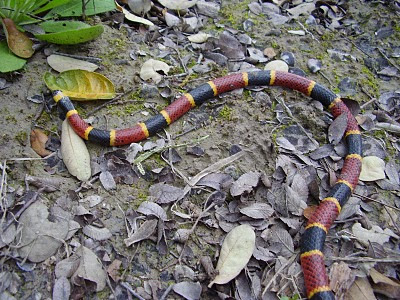 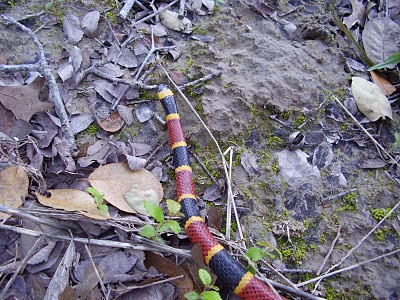