More Progress on the Back Yard

The bed that was started in the last post is all done now. The two layers of rocks make for a very natural looking ledge. The dirt depth behind the rocks is about fifteen inches now and there were two holes already there that I had dug with a backhoe for fruit trees. Those holes were about six feet in diameter and three feet deep and filled with good blended garden soil. Not wanting to waste those holes and wanting to replace the fruit trees that we had lost in the drought, I planted fruit trees back in those spots. The fruit trees will just have to be part of the look for these beds, a mix and match with ornamentals. We will just have to wait to see how it will look, I think just fine.

Here is the same picture from the back porch as in the previous post, with the bed finished and some plants in it. 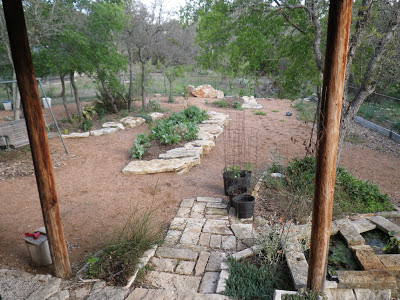 We started right in on the next bed. It is where the swing is at the left of the picture. This was going to be harder to do as it was almost impossible to get the Bobcat in there with out messing things up. The large gouge on the oak tree is where I hit it with a fork while putting the first rock in. After that we just put all the rest of the rocks in with the dolly. You may also notice that there is a faucet in the next picture and it is not there in the following picture. Oh yes, there was plumbing work done. 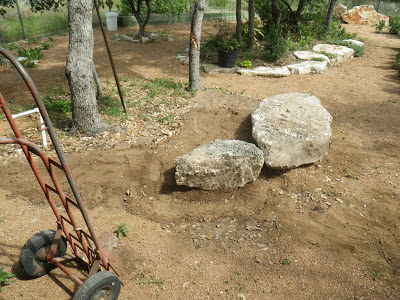 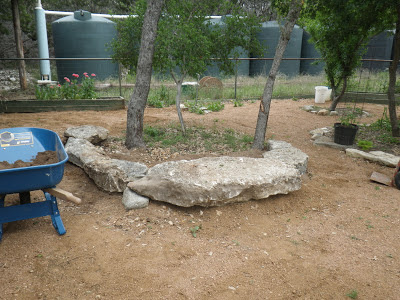 While it is almost impossible to get all the rock perfectly level, it is nice both aesthetically as well as being better, construction wise, to get them close. I don't actually use a level but just eye ball it as I have a pretty good eye for it after so many years of building things. Visitors have asked about the cracks under the rocks and the likely hood of snakes being in there. When I bed these big rocks and get them exactly like I want them, I foam the cracks with the expandable foam. I made a special long flexible applicator where I can get way back under them and foam almost all the way out, just back enough you don't notice it. It also helps keep the dirt from washing through. There is enough room for toads and rusty lizards as I've already seen both go in the cracks. 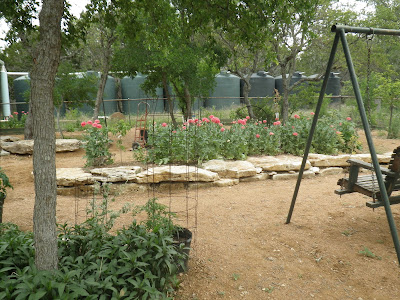 I consider myself lucky that some plants that I like came up in the granite gravel. It would have been nice if they had come up in the beds but I will take these where ever they come up. They are Scrambled Eggs, Corydalis curvisiliqua, and they are beauties. I've never seen them growing in the pastures here so I guess they came in with the gravel. You can see them in the very back ground in this next picture. 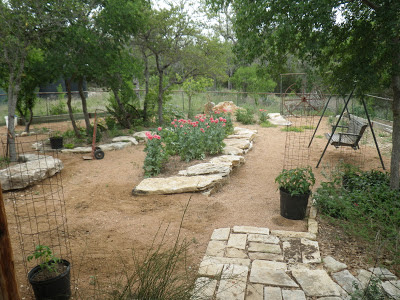 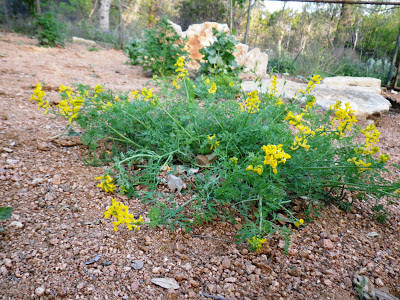 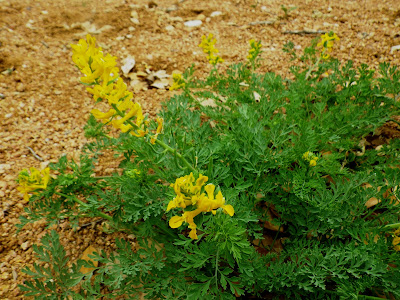 With dirt in the bed and a few plants it gives an idea of what it will look like some day after it matures. 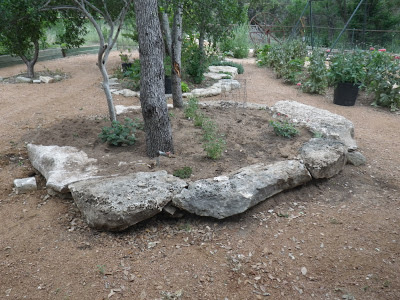 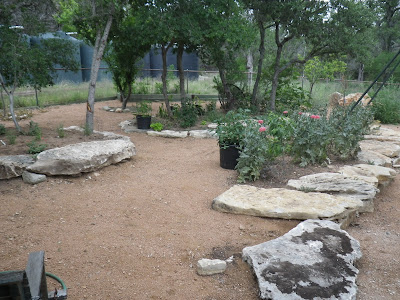 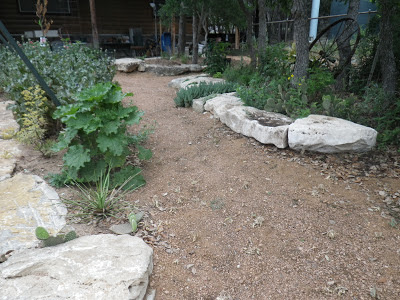 Now on to the next project. I've already dropped the bigger rocks close to where they need to go. 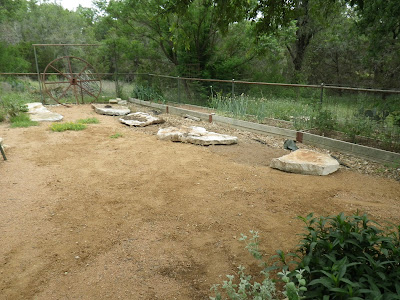